When newscaster Tori Younger learns that her childhood friend committed suicide, she has no interest in returning to her Florida home town to attend the services. Then cryptic text messages from the dearly departed’s cellphone change her mind.

Returning home, she follows the clues sent to her in the odd text messages until she learns that her friend didn’t commit suicide but was murdered. No one in town believes her and whoever is texting these cryptic messages appears to be her only ally. Is her departed friend really reaching out to her, or is someone playing a deadly game?

I love a good mystery and a good thriller. I have to admit, I almost missed out on this one because I got impatient; I wasn’t hooked by the end of the first chapter. By that, I don’t mean the author has to hit the floor running with action and intrigue…I just wasn’t….pulled in by the characters. But don’t crucify me yet for my impatience, I did in the end follow through and read it. I always promise to read the book thoroughly when I agree to write a review…even if I must force myself to do so. I do understand some books simply take a little longer to hook the reader and that is precisely the case with this one because by the end of the second chapter I was completely hooked! It became a real page turner!

As a fan of mysteries and crime fiction I like to try to guess what’s going to happen next and all too often I am able to foresee what will come. This time however, I had the pleasure of not being able to foresee everything that would be happening. Nope, instead I was thrilled to find that Mr. Gatlin gave just enough little tidbits to keep me hooked but also just enough to keep me off balance.

H_NGM_N, is a fast-paced mystery with a solid, plausible plot and a main character I really grew to like too, Tori Younger. Tori is a well-known and respected newscaster in the Tampa area, who finds out that her childhood best friend, who still lives in their home town, has recently committed suicide by hanging herself from the water tower and Tori dreads the very idea of ever going back to that town…for any reason.

Still, Tori just can’t shake the feeling that something isn’t right about her friend’s death. It was true that the two women hadn’t spoken in years; they had been estranged for some time. But, Tori knew instinctively that Brooke just wasn’t the type of person who would kill herself and orphan her only child.

Faced with a very realistic ethical dilemma Tori waffles back and forth about whether she should go home to attend the funeral of a friend she hasn’t spoken to in years or simply send flowers and condolences. One option is the coward’s way out but fulfills a societal expectation during a time of loss. The other, means going home to face her own demons and the judgmental looks from people she put in her past long ago.

A mysterious text sent from her dead friend’s phone makes the decision for her. Tori knows there is more to her friend’s death than anyone is letting on and there is no shortage of suspects.

If you enjoy a good mystery/thriller, I encourage you to check this one out. This is the first book of Mr. Gatlin’s I have read and I certainly look forward to reading others by this author. H_NGM_N by JC Gatlin receives a solid 4.5 stars from me, but since I cannot award half stars I’ll restrain my star Grinch and knock this rating up that half star just because I had a hard time putting this book down and give it a full 5 stars!

Bonus…this book is free to read if you have Kindle Unlimited!! 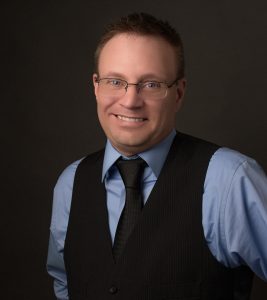 JC Gatlin lives in Tampa, Florida and wrote a monthly column in New Tampa Style Magazine. He has written three Indie mystery-suspense novels set in Florida, and his last book, 21 Dares, went to Number One on Amazon’s Top Mystery Suspense and Top Young Adult charts. Also, 21 Dares was a Semi-Finalist in the Royal Palm Awards. His newest book, H_NGM_N, was picked up for publication by Millford House Press, the mystery-suspense imprint for Sunbury Press.

This blog gives me the opportunity to talk about the book covers I create for some wonderful authors and share my thoughts on movies and books that I love. Who knows...I may even share some of my own writing on here...or whatever else happens to pop into my mind.
View all posts by Anita Dugan-Moore →
This entry was posted in Blog Tours, book reviews, Mystery, Reviews, Thriller and tagged book blogger, book reviews, books, Bookstagram, bookworm, fiction, H_NGM_N, JC Gatlin, Mystery, Mystery Novel, novels, Sage's Blog Tours, Suspense, Thriller. Bookmark the permalink.