“Being labelled a player never stopped me from being successful with women. Until I met Truly Harbury.

Truly was the first girl who ever turned me down.

The first female friend I ever had.

And she might just be the first woman I ever fall in love with.”

This is a book I downloaded to listen to through the Audible Romance Package…you know, one of those things I can listen to while doing other mundane things like chores around the house.

Naturally, as I always do, I checked out what reviews were available for it before I downloaded…not many to read but no rating lower than 3 stars, so it appeared promising and it didn’t disappoint….didn’t blow my socks off either though.

I liked the main characters of Truly and Noah and I liked the dilemma they faced…they’re best friends who want to be more but don’t want to ruin a friendship and mess the dynamic up with their other mutual friends and family either.

So what’s a gal to do when she’s seriously attracted to her millionaire best friend (who is of course hotter than black asphalt in the middle of the Mojave Desert) and she’s hornier than patch of goatheads? Strike up an iron-clad agreement that they be besties with benefits! Naturally, duh! Now how could that possibly go wrong?

Noah hasn’t had a relationship that has lasted longer than three months before he moved on. He’s not your typical chest-pounding alpha male that are found in many romance novels these days. He’s smart, fun, handsome (of course) and a thrill-seeker…very cultured but grounded too.

Truly, I consider a bit of a hot mess. She is married to her work and uses it as a way to avoid the world in general. She’s a card-carrying nerd never even tries anything she thinks she might possibly fail at…therefore she never leaves her comfort zone. Relationships definitely fall into the “fail” category.

So what’s Noah to do when he suddenly realizes Truly is “truly” the one for him? You’ll have to read it to find out. 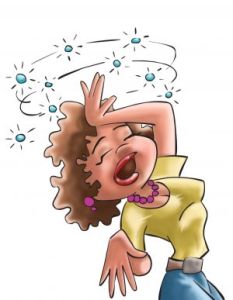 Of course since this is a romance and the title does have “player” in it you can count on some sizzling sex scenes. So, if you are one of those people easily offended by graphic language or sex scenes I’m going to tell you right now…don’t bother with this book. It has “player” in the title as I’ve mentioned…it’s already warning you of the content. I’ve definitely seen hotter on the sizzle scale but I’m sure it would make some who are easily shocked swoon. On the sizzle scale I’d give this a 6/10… not ho hum, but not holy shit either.

The story moves along at a decent speed, taking place mostly in London but I must admit I became weary of Truly’s constant lack of self-confidence. I like her character for the most part but I began to feel that she couldn’t tackle anything new without whining about it first. That was a bit off-putting. And her sister, while understandably cranky while pregnant and bed-bound came off a bit over the top bitchy; I found I cared less and less for her and her husband as the story moved on.

As for listening it to it via Audible I liked that there were two narrators, that fit with this approach to the story where you have each chapter coming from either Truly’s or Noah’s perspective.

Would I recommend it? Sure, I give it 3.5 out of 5 stars. I found it enjoyable enough but it didn’t exactly keep me riveted either. It worked great as something to listen to while I was doing mundane tasks because I didn’t have closely listen to it. And, bonus…it is included in the Audible Romance Package.

If you enjoy a contemporary romance, give this one a shot and let me know what you think of it too.

This book is available on AMAZON & AUDIBLE today!

This blog gives me the opportunity to talk about the book covers I create for some wonderful authors and share my thoughts on movies and books that I love. Who knows...I may even share some of my own writing on here...or whatever else happens to pop into my mind.
View all posts by Anita Dugan-Moore →
This entry was posted in Audio, Audio Book Reviews, book reviews, Fiction, Reviews, Romance, Uncategorized and tagged Audible, Audible Romance Package, Audio, Audiobook, book blogger, book review, book reviews, Bookstagram, bookworm, Contemporary Romance, fiction, International Player, Kindle, Louise Bay, novel, paperback, reviews. Bookmark the permalink.